I just gotta respect the crazy amount of work that goes into these one-man projects. Some moments look great, others still need quite a bit of work, but considering the length of level of detail of these clips, I’m letting it slide. Plus, how else are you going to see this DC character battle the Marvel bad-ass? Michael Habjan has more of his work on Youtube.

…and fight some more. 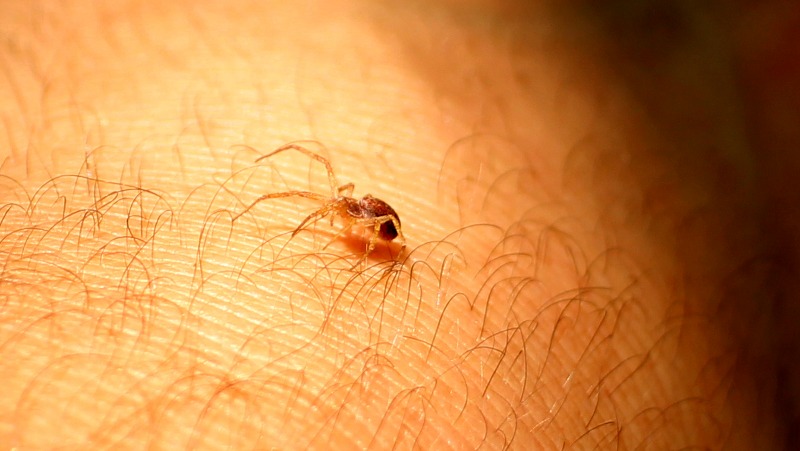 A kid can dream, can’t he? I first hearing his voice from the Marvel Action Universe series on television about 20 years ago. Last night I heard him again, being interviewed by Kevin Smith. Such an exceptional, yet humble individual. According to one of Stan’s interviews,

“I go to sleep around midnight, then wake up about 5,” Lee says, pausing. “Doesn’t everybody get up that early? “

This morning I decided to do something I haven’t done in years… read a Spider-Man comic. The series I was reading was bringing up the question as to whether or not the spider that bit Peter was trying to pass on it’s power, before dying of radioactivity. Impressive how they can still bring up questions of his origin.

At the end of 5 part series, something obstructed my view of the comic page. A spider was dangling from our 16 foot ceiling, about 8 inches from the tip of my nose.

Life still has so many little surprises for me… but “No”, it didn’t bite me. I still have to get around without climbing walls or swinging on web-shooters.

Two Victories for the Empire

According to the Galactic Empire Times:

CORUSCANT — Obi-Wan Kenobi, the mastermind of some of the most devastating attacks on the Galactic Empire and the most hunted man in the galaxy, was killed in a firefight with Imperial forces near Alderaan, Darth Vader announced on Sunday. 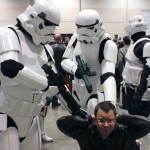 In a related victory for the galaxy, another rebel was apprehended by a squadron in the Toronto region. The unsuspecting terrorist was taken without incident. Identified as “Jer“, the rebel was armed with a concealed hot dog wrapped in paper towel and a bag full of independently financed comic books.

He was also in possession of a 20oz bottle of Coca Cola, though he denies that he was the owner. He was recorded saying, “It’s not mine!! I’m hypoglycemic!.”

He is currently being detained at an undisclosed location and undergoing “questioning” in order to determine the whereabouts of other potential rebel terrorist cells.

With two historic victories in less than a single solar cycle, citizens of the Empire have reason to be proud.

Guess what I picked up today?  Another trade paperback of the colorized version of Jeff Smith’s Bone.

I read all of them in their original black n white format, but these colored re-releases are heaven.  Cecilia picked the first one up for me as a Christmas present a few years back. Shortly after that, I gifted my black n white version to my cousin. I haven’t started reading the colored ones yet.  I figure that, by the time they’re all out, I’ll be ready to go through them again.

Best part is it’s the thickest volume yet!