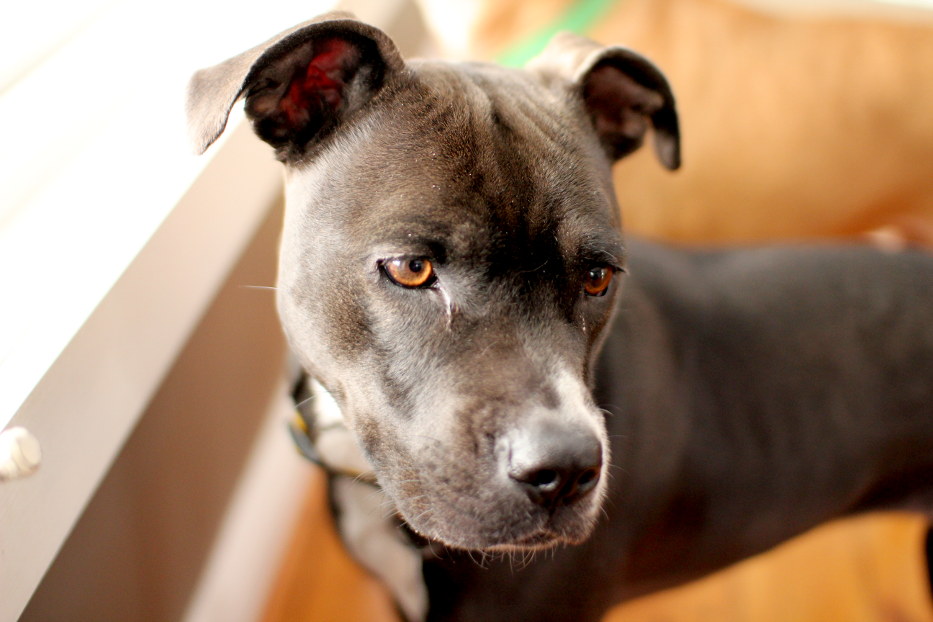 Yesterday was a challenge. Witnessing the difficulty in controlling habitual reactions. I feel I did well… but only relatively. In the grand scheme of things I know I can do much better.

With yesterday’s events still in my mind, I entered a very passive open state of mind. In my mind, I recreated the events from last night but imagining a different reaction. It was difficult to find myself reacting differently and I knew I needed some sort of outside inspiration. Lucky for me, I’m in the presence of the most non-judgemental beings one could hope to be surrounded by…   animals! More specifically, a 6 year old pit bull name Zoe.

Zoe likes to jump up on me when I walk into the room, sometimes, though I’ve finally taught her not to jump up on me. However, now I would like to teach her to jump up, but only when I ask. I told her “Up!” and patted my hips. She was, of course, confused. I gently seized her front legs and lifted her up. She would stay there for a moment, noticeably unsure of herself before slowly lower herself down. I did this three times in a row.

On the forth time I patted my hips and she hesitated for a few seconds, so I leaned down to pull her up, as I did the previous three times… but then she suddenly popped up and slammed the back of her head into my bottom lip.

I didn’t get angry, though I felt it inside. It didn’t take much effort to question that reaction within myself (before reacting) and found that it was a dream that I didn’t wish to create. I stood up slowly and looked down at her with a smile on my pained face. She was noticeably uncomfortable. I then relaxed more, smiled again and said, “Up!“. Without hesitation, she jumped up, putting her front paws on my hips with that big ol pit-bull smile on her face, waiting to accept the reward.

What started out as me trying to teach, ended up with me being the student. Thanks Zoe.

And now to nurse this bruised and bloody bottom lip.

I’m staying with my sister in downtown Romeo.

My sister lives in a house that is about 150 years old, surrounded by houses that are about the same age, if not older. Apparently she received 1,500 trick-or-treaters last year, as the street next to hers has a crazy setup for Halloween.

The last few mornings have been rough, as I developed a nasty case of asthma after staying at my mom’s place for that first night. Don’t get the wrong idea, my mom’s place is clean… it’s just that there’s something about those animals that panics my lungs. Luckily, I’m nearly back to 100% breathing capacity and the mornings are getting earlier. Last night I set my intention to greet the morning sun, and here I am at 5:30am, doing just that. Works better than an alarm clock, I tell ya.

Ok, now time for a walk. Maybe I’ll encounter another applicable message like the one below, which I discovered on yesterday’s stroll through the neighborhood. For now, this is where I be and I will make the most of it… though my branches are still reaching back to Toronto. 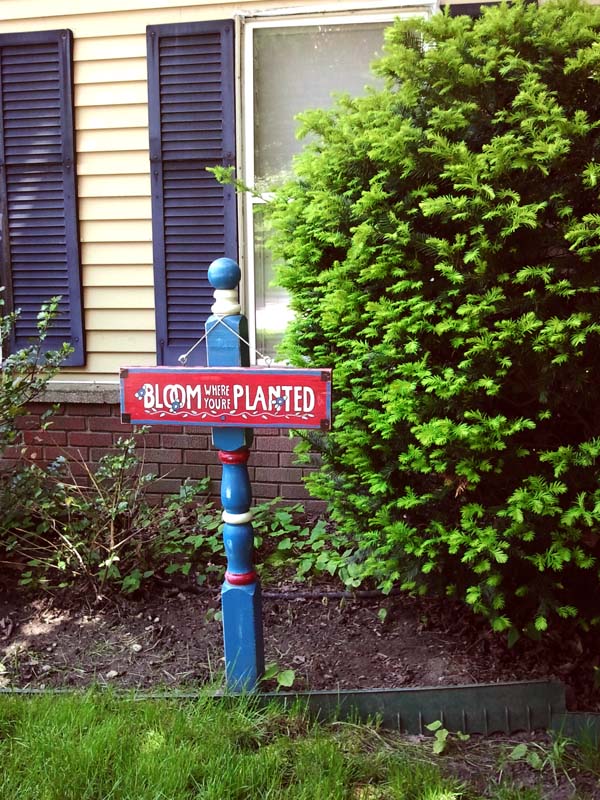 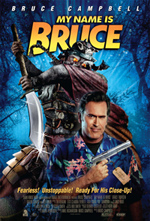