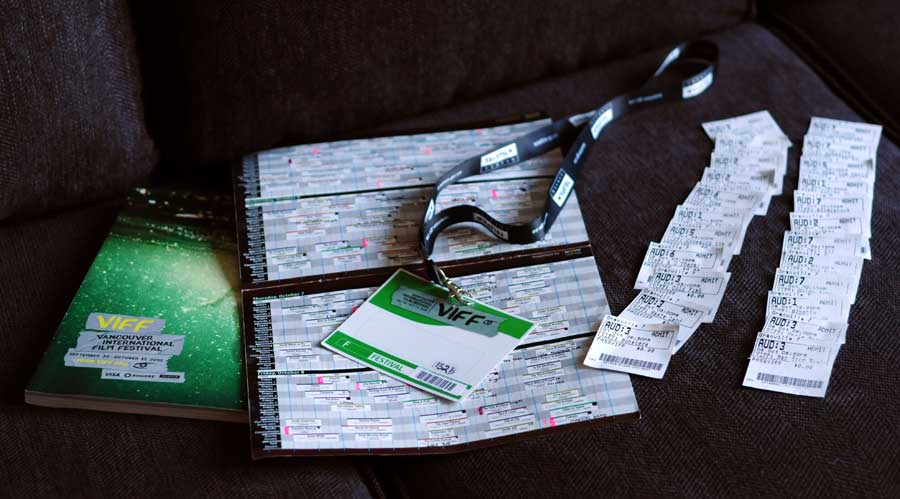 The last two weeks have been pretty crazy. Back to work in a studio cubical and also attended the Vancouver International Film Festival.

I started everything off with Monsters, and ended if off with the beautiful, French, somewhat depressing The Illusionist. In total I saw 28 films.

1) Bring a water bottle & snacks. You will be downtown all day long, surrounded by Starbucks, McDonalds and $2 pizza slices. Considering you’ll be sitting on your butt all day long, just how much torture do you want your body to endure?

2) Sharpie for the marking up of your schedule.

3) Learn to live without your phone for a few hours. I was amazed at how insistent the staff were in having the audience turn off their phones. I was even more amazed at how difficult it was for us to follow this suggestion. I must say, I only pulled out my phone a couple times to quickly check the time. I swear!

4) Networking. In line I met tons of people that made me regret not having a business card, though we all had smartphones so the problem was easily solved. meeting people in line was also a great way to get suggestions on films. If it wasn’t for the texts from my new friend Michael, I would have missed 13 Assassins, and that would have been tragic.

Speaking of “meeting people”, I finally met my doppelganger. According to Michael Hayward, there may be potential for me playing a younger version of Wallace Shawn (Princess Bride) in his autobiographical documentary. 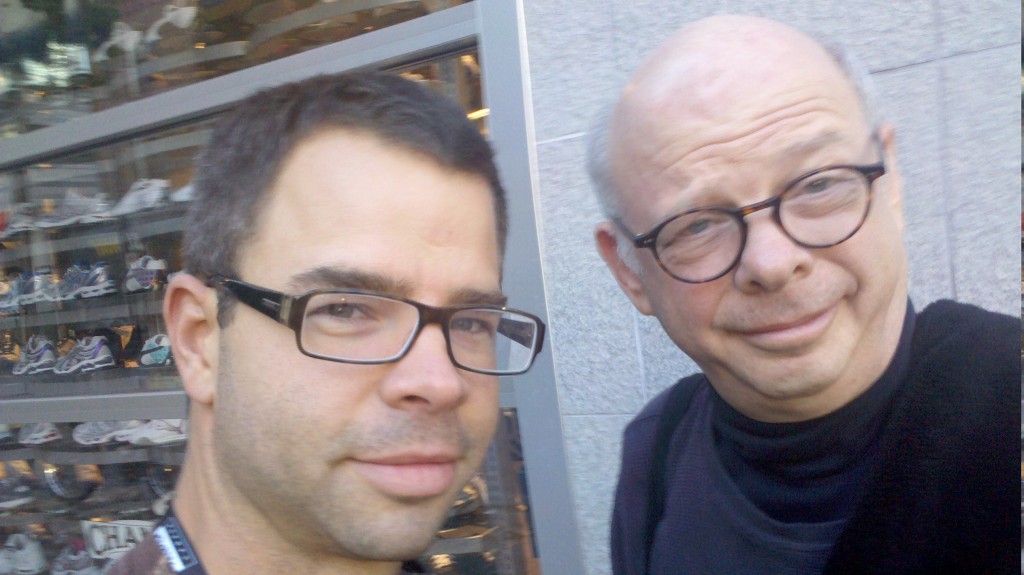 “This One Time…”
By Nelson Boles

This one time… from nelson boles on Vimeo.

Thanks to S. Clee for this one.

I Met the Walrus

I Met the Walrus is a wonderfully animated interview with John Lennon. When Jerry Livitan was 14 years old, he tracked down Lennon and interviewed him in his Toronto hotel room, almost 40 years ago.

Big Buck Bunny, Blender’s open source movie has been released! Yes, I know I’m a little late on this announcement, but better late than never. I received my DVD in the mail a few weeks back and was stunned at the quality of the short. The story is a little odd and violent, but entertaining! The deformation of the character rigs is wonderful and the animation was surprisingly flushed out. They certainly put more time and focus in this area than they did with their first open source film. Not too shabby for a 3D application that’s less than a 10MB download.

The DVD contains the full short film, plus all the assets used in production. Including the 3D characters, sets, storyboards and animatics. If you are curious about what is used in a 3D production pipeline, this is a priceless resource.

Did I mention that this was created entirely with open source software? The primary pieces of software used were Ubuntu, Gimp for textures & Blender for 3D and compositing.

I’d recommend downloading the HD version of the Big Buck website, but for those that are lazy and willing to sacrifice the quality, it’s also viewable on YouTube:

TRON in Stop Motion on Dailymotion!