Thanks to Zak Koski for introducing me to this (now famous) Detroit designer. Not sure I’ve seen someone more real grace the stage at TED.

Also checkout:
America Is F*cked
TEDx Portland
Advice for young designers trying to “get in” to the industry.

Can’t get enough?  Do an internet search and you’ll find TONS of talks.

Wilson Miner – When We Build

Wilson Miner‘s talk is about the power in design, interface and simplicity. He realizes that a website is not just a website.

I discovered this talk at a perfect time in my computing career. From I.T. support and development, to animation and visual effects…   and now I am getting a little deeper into web development. I’m happy to see that the current world of web development is quite different from the world I turned my back on during the late 90s.

One of my favorite quotes that Wilson presents in this talk is from Alistair Smith.

“At times of change, the learners are the ones who will inherit the world, while the knowers will be beautifully prepared for a world which no longer exists.”

Thank you Wilson Miner.  Your talk was a quick n cheap therapy session that I needed to experience.

I have made a few web pages in my life, but most are pretty darn simple with minimal code snippets. I’ve built a skeleton database using MySQL and PHP. I have set up phpBB, Drupal and WordPress sites, hacking them in order to get them functioning the way I need. However, I haven’t had the chance to really “build a website”, at least not by my own definitions. Well, this has got to change now, as I’m a little tired of hacking templates to get them to do what I need. As much as I would like to focus strictly on my graphics work, the world won’t let me… for now.

So begins the geek streak.

I’ve started reading this HTML, XHTML & CSS Visual Quickstart Guide that I picked up at the local thrift store. It was published in 2007 so I’m sure that some of the information is outdated, but most is still valid. I’m about half way through it and it’s helped solidify my pretty loose knowledge of CSS. Once in awhile, I put the book and my highlighter down in order to verify some stuff on the computer. HTML5 is something I keep referring to, in order to compare to XHTML. Trying to get a feel for what the future holds.

Boilerplate appears to be a good template of standards to start with. There’s some HTML5 code examples out there and even a test site that gives your browser a ranking based on the number of HTML5 features available.

I think that once I finish with the boilerplate demo video below, I will walk through this code demonstration of common HTML5 techniques.

Jesse Schell on Video Games of the Future

District 9 was a significant film for me for a few different reasons.

The film was directed by Neill Blomkamp, a Vancouver Film School graduate who is a VFX veteran from The Embassy, who directed the popular Citroen commercial.

Long story short, Neill was supposed to direct the Halo film, but that was put on hold (indefinitely?) and so Peter Jackson assisted Neill in turning his short film, “Alive in Jorberg“. into a feature film. District 9 was green lit with a budget of $30 million.

On September 29th I attended a Siggraph talk with Image Engine, where spoke on the making of District 9. Image Engine was one of a handful of studios in Vancouver that worked on the film.  While Image Engine focused on the creation of the “prawn” characters, The Embassy was working on the large robot and little critters.  Goldtooth Creative worked on some of the 3D user interfaces shots and WETA, since they were busy with Avatar, was only able to contribute to a few shot elements, including the mothership.

The original intention was to use prosthetic suits for the alien prawns w/ CG face overlays. Peter Muyzers recommended that Image Engine be allowed to create the creatures entirely in 3D. In the end, about 300 alien shots were created by Image Engine. The aliens were acted out by a grey suited actor and then replaced by a CG double, which was created in Maya. It was noted that the grey suit provided a great reference for lighting. Nuke was heavily used in the production as allowed for much of the CG lighting to be adjusted in real-time.

People at Goldtooth and Image Engine both noted how the use of the “Red One” camera sometimes produced warping of the frame during fast camera moves.  This was often difficult for the tracking software and forced them to fully recreate the scenes in 3D in order to do touchups.  The warping effect was referred to as the “rolling shutter“.

The 300 alien shots felt like a lot more. This and many of the other tricks, including filtering footage through VHS recorders, were testiment to Neill’s efficient use of FX. He understood that 3D is expensive and when some shots were pushed through the pipe, he was quoted saying that the cost was “a snowmobile or 2“. Like Fight Club, Neill used used FX to help tell a story, not a story to show off pretty effects. The crew at Image Engine expressed how much of a benefit it was to have someone directing that spoke their language.

I hope to see more movies like this and nearly everyone who’s seen it agrees. Would Neill be able to produce double the quality with 60 million? Anybody ready for a District 10?  We’ll see.

FXGuide has a very detailed breakdown that includes before/after shots organized by studio. 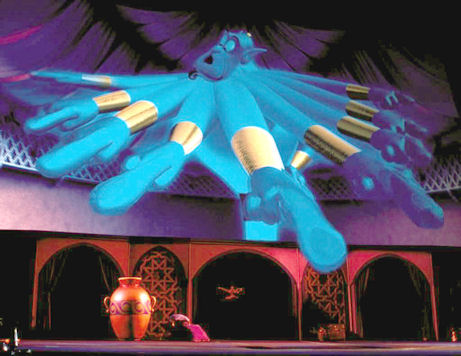 Friday night I saw Kevin Smith at “The Centre In Vancouver For Performing Arts”. What night. As usual, Kevin didn’t hold much back, except for some of the personal stories of Joey Adams.

He told us of his new found respect for Walter and Wayne Gretzky and  mary jane.  Both of which seemed to have made Kevin quite emotional.

The most memorable event was when an audience member, Torrey, asked Kevin if he could help him achieve one of the items on his list of “Things to do before I die.” Specifically, Torrey wanted to know what it would feel like to stand naked in front of a crowd. Kevin certainly used this opportunity to it’s fullest. Someone even caught clips of the event, though the highlight was watching semi-naked Torrey (wearing Kevin’s coat) dive across the stage floor to catch a box of peanut Glossets with his hat.

Here’s the two clips I found: