Last night I met up with Dave, a new friend I met on Capitol Hill the weekend prior. Coincidentally, he’s from Mt. Clements, Michigan. Dave highly recommended that I checkout Pinback, from southern California, so there we were. East Side crew in full effect for a concert at Neumos. Dave is a musician. He shared with me stories where he almost played for some very well known bands, and that he would do just about anything to play with Pinback.  Well, little did we know, life had some interesting stuff in store for him.

The opener, Little White Teeth opened. They were pretty good, though we only caught the last half of their set.

Next, Pinback came on stage.  One of the two members of the band was not able to make it to the show due to a recent addition to his family.  The newborn child was projected on the screen to emphasize the point. Daddy was not going to make it to his performance. So, Rob Crow performed solo, so that his partner could be with his newborn baby.  Rob was having a hard time, as he only had one day to prepare. Luckily, members from the opening band helped out a bit.

Soon the crowd was making requests that Rob was having a hard time fulfilling. At one point, he said, “I just need someone to sing this.”  I pushed Dave forward, toward the stage.  He turned and smiled before running up and jumping on stage.

Rob said to the crowd, “I don’t know what lyrics he singing, but it sounds better than ours!”  At times like this, it certainly pays to be a musician… because Dave nailed it. A little flower girl ran up to Dave as he stepped off the stage. That was the last I saw of Dave that night. 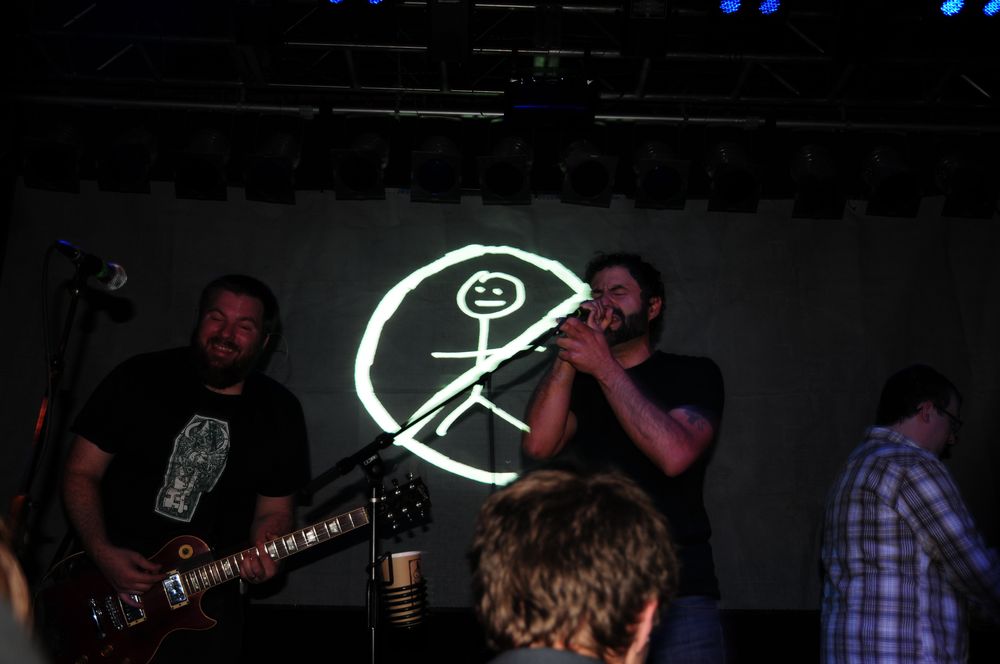