MyPaint – Free and Under 10MB

Don’t be thinking that this application is a toy because… well.. it is a toy, but a very powerful one.
Download MyPaint (8.5MB) now, for Windows, Linux and Mac. 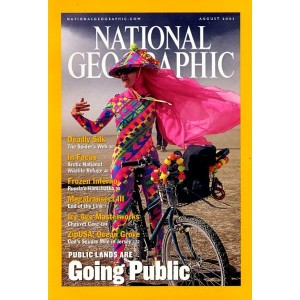 Last night, while walking home from dinner with my roommate, I noticed a pile of stuff outside of our loft building. A box, full of National Geographic Magazines had a special issue of “Water” peaking from under the box flaps. I picked up the issue and underneath was another issue with a woman, wearing a brightly colored outfit, on a bike, in the middle of the desert. “Burning Man!” I thought, and picked up the issue and immediately opened it. Inside, is an article about the Chauvet Cave in France. In the last few days, I’ve had a few people recommend I see, Cave of Forgotten Dreams, which was recently released and is about the Cauvet Cave. I’ve been wondering what this was all about, and looks like I have a way to find out. This August 2001 issue of National Geographic had a photo on the cover from Burning Man as part of the article inside about public lands going public.