Initially setup the materials for Blender’s default renderer and noticed that when I switched to the new Cycles renderer, I lost the materials.  A quick Internet searching revealed a handy addon called Convert Materials to Cycles.

The materials_cycles_converter.py  script created a set of buttons at the bottom of the Properties Editor in the Materials context. You can convert the current material or convert them all.  I’m using Blender 2.69 and the script, which is written for 2.71, worked good for me (color and bump came over). 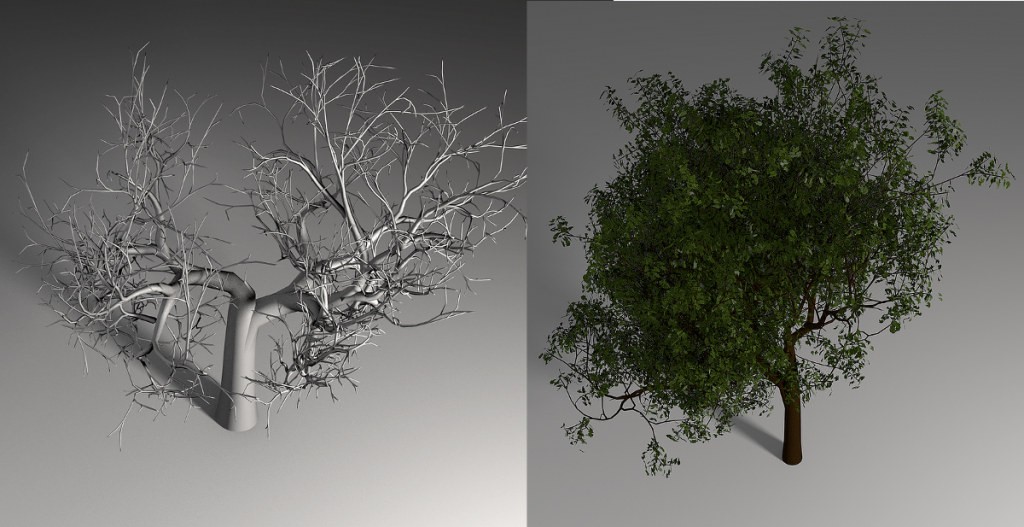 L-Systems was next up for exploration.

A question came to mind on whether or not the same beautiful branching could be created in Blender, as I had created previously in Houdini.  Searching revealed the VegGen addon, which I’m going to give a whirl (after some compositing and rigging tutorials).  Looks promising, though doesn’t have the ability to write my own turtle rules.  This doesn’t provide much control…   so probably simplest to just write an L-system engine in Python myself…  probably using the VegGen script as reference (Yay! Open source!).